Yes, we've transitioned into Springtime and yes, it's Easter and I missed out on blabbing all about my favorite Easter books because I tried to really limit my computer time during Lent.  I've been itching to share some goodies discovered and biblio-thoughts that have marinated over those 40 days but first I want to tell you all about Electric Ben: The Amazing Life and Times of Benjamin Franklin before I forget. 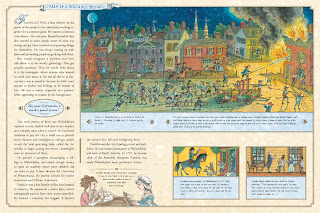 Benjamin Franklin is absolutely the BEST character for Revolutionary Era picture books.  His unique background and personality and lifetime accomplishments make him ripe for the memorializing... and there have been many books written about him.  So when I noticed a brand new one out by Robert Byrd, I was mildly surprised that publishers would consider any more books on Franklin. I mean, he's not exactly a novelty in the picture book world and I wasn't convinced an author could offer us anything fresh about the man. 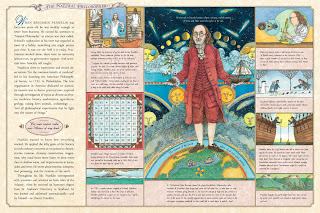 Byrd has proved me wrong.  His book is absolutely a new essential for Franklinophiles and for students studying the birth of our nation (or electricity, or fireplaces, or printmaking, etc...).  The book is best suited for maybe ages 9 and up. It's wordy and fascinating and the pictures, though quite well done are fairly small for the most part. The book is the epitome of a living book. It could honestly be a starting spine for an entire Revolutionary era study and use all the fascinating bits of Franklin's life as jumping off points for other things. He covers science, the economy, politics, nation building, farming, weather... truly Franklin's was a universal mind. 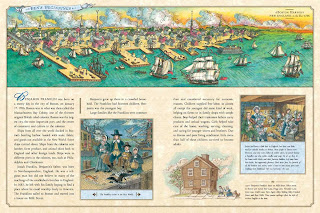 To be fair, there a number of excellent Ben Franklin books out there. We absolutely LOVE our How Ben Franklin Stole the Lightning for example. And the never disappointing D'Aulaire's Benjamin Franklin is also on our bookshelf. But there was just something really special about Byrd's new book. It was so thorough! Just so well done all around! So, take that for what it's worth. But Benjamin Franklin is the quintessential American and if it seems random to praise his books on Easter Monday, so be it.

“After nourishment, shelter and companionship, stories are the thing we need most in the world.”
-Philip Pullman

“She is too fond of books, and it has turned her brain.”
-Louisa May Alcott